Thousands of citizens marked the day of students’ struggle for freedom on Prague’s Národní St., which became a pedestrian zone for the day, on 17 November. Inside a parked tram, which people could freely enter and exit, the Václav Havel Library presented the project the Other Europe and a number of events of the second half of the 20th century in Czechoslovakia. 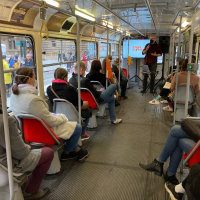 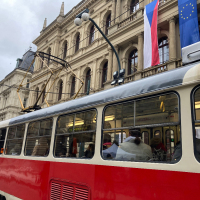 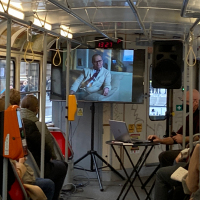