Tell me about Ota Šik’s appearances on television in 1967.

I remember that it was quite a shock mainly for the younger generation, when every Wednesday or Thursday, once a week, he used to explain on television to the nation what would happen if all of us were to start working with new drive and new enthusiasm and try to improve the economical situation. And when he arrived, not in a dry scientific way but in a very normal way, explaining to us how much we had lost in the last ten or fifteen years and what we were supposed to do in order to again become a country like we were between the two world wars, to become a strong, flourishing nation.

How much of a shock or surprise was it to you to be told about the things that were going wrong with the economy?

Obviously nobody told us before, because in school we had been told that we were a strong socialist country following the example of the glorious Soviet Union and nobody was to object to or criticize anything about that. And it was a shock to come to know that we had been a very strong industrialized and highly developed country between the two world wars. That was quite a shock.

Tell me something about the feelings people had for Alexander Dubček.

My personal experience during the Prague Spring 1968, and it was one of the strongest I had, was on 1st May, a national day, and as you can perhaps imagine, it was usually a drill exercise we had to undergo. But I will never forget this 1st May of 1968 when masses, crowds of people came to be on Wenceslaus Square and marched through the streets. And there was this place where Dubček and the most important government officials were standing, but he was the only person they wanted to touch and see, and they shouted “Sašo, Sašo!” That was the abbreviation for Alexandr. And he just couldn’t protect himself from these flowers they were throwing at him. Everybody was somehow enthusiastic then, and it was an incredible experience. I just remember that when I walked back through the streets and met some friends of mine, we were just amazed at how different things can be once people agree with what the people above are doing. 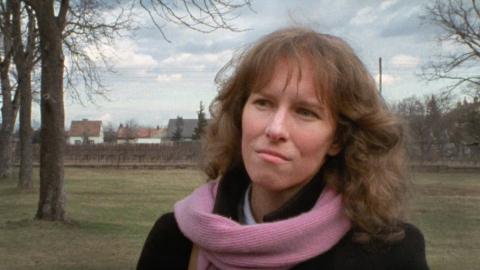 A graduate in History and Slavic Studies from the University of Vienna (Dr. phil.), she worked for the Czech section of Radio Beijing (1979–1981), was a co-founder of the Helsinki International Federation for Human Rights in Vienna (1982–1990) and the head of the Austrian Science and Research Liaison Office in the Czech Republic (1991–2004). For many years she lectured in contemporary history at the University of Vienna, Masaryk University in Brno and Charles University in Prague. Since 2010 she has worked for the Vienna Wiesenthal Institute for Holocaust Studies (VWI). She is the author of studies on the Czechoslovak exile in Austria and the co-publisher of collected works on the topics of Czechoslovak-Austrian history and holocaust studies.