What do you think about the situation of the Hungarian foster care system?

The Hungarian institutional system needs urgent and immediate reform. The centrality of the foster home must be dissolved, stopped, more and more, children should be reintegrated into their families, or should be adopted from the very beginning or should be placed with surrogate parents. So, this institution-centered thinking must be eliminated, though not completely, not all of them. It turns out that a child living in an institution will cost the state 100,000 forints per year, and this money should rather be given to the family as a support.

What happens to the majority of children who enter the state foster care system?

Those who stay in the institute for 18 years, I mean those who have not been adopted or have not been reintegrated into their families by the age of 18, well those children practically will have to face an impossible situation, because when they reach the age of 18 their previous security ceases to exist. You may say that they should rent a flat, but they will not be able to, since a starting salary is not enough to pay for a proper flat. They cannot afford the workers’ hostel either, because it would be more than they could put up with, since they have been brought up in groups of 4o-5o; so eventually most of them would rather be homeless and wander about. Just think it over that every year about 2000 children come out of state foster care institutions at the age of 18. Just a very small proportion of them will be successful, just very few of them can integrate themselves into adult society.

Does the state take care of them after the age of eighteen?

Unfortunately not, because the leadership of our highest sociopolitical authorities is not coordinated. The Ministry of Health deals with adults and the Ministry of Cultural Affairs deals with underaged, those who are under 18. So, if somebody reaches the age of 18 he or she is not under the care of the Ministry of Cultural Affairs anymore, except for an insignificant minority, the criminals, when the Ministry’s control extends for a while, so a very few children until the age of 19-20 still have the state’s attention, but later this completely disappears.

And what happens to these children? How can they carry on with their life?

Many children cannot integrate themselves into adult society or only with great difficulties; the housing problem is particularly impossible to solve, because if you are single you can hardly get a flat or cannot get one at all. More and more of them become chronic alcoholics, drug addicts, anti-social and criminal personalities. I am really surprised by those who can avoid this deviant behavior through some sort of trick, which society would still call deviant, yet they could not survive without them. For instance, the kids themselves say that when you reach the age of 18 in a children’s home, you can find those places where as a homosexual you can do some business and earn some money, much more money than the state children’s home can provide as pocket money, but they can also earn in one night as much as they would earn legally in a month, because the starting salary for an unskilled or even for a skilled worker would be 3,000 forints, which they can earn in one night by engaging in homosexual intercourses. But the same can be told about the girls, too. Girls who have grown up without a family, give the ideas to each other. They go out to certain places where they are picked up by men and earn significantly more than they legally could.

What the root cause of the problem of today’s Hungarian sociopolitical system according to you? What is the reason behind this?

This dates back to 1950, the era of the political leadership at the time, when it was simply stated that along with socialism, all other sociopolitical problems automatically disappear with the solution of economic problems, so there is no need for a separate supreme authority to handle sociopolitical problems. Therefore, the Ministry of Welfare, which has been operating and functioning well since about 1916, was abolished as the main body of all sociopolitical problems. Sociopolitical tasks were divided across Hungary, and various authorities performed these with more or less success. In general, our sociopolitical culture has dropped to almost zero and we are now about 30 or 35 years behind in reestablishing this thinking, which had been withered at the time. Along with sociopolitical thinking, unfortunately, families have also been devalued as the smallest unit of society, manifested in the strong pressure in the 1950s for both parents to work, so a dual-earner family model was introduced, the parents should just do their job at work, father and mother alike, and so the family as a character-forming force and community, has been completely devalued.

Did you have any difficulties with studying and publishing this problem? I mean does the state allows to make these problems public?

I have had countless publications and radio interviews concerning this problem. Together with some of my colleagues we have made a TV documentary about the situation of the most innocuous, innocent homeless people. We made it in late 1982 and it and has been in a box ever since because the director of the TV said it could not be shown. But I think that after all the state also does pay attention to the current problems of social policy, because these cannot be ignored, just the state monopolizes, takes over any grassroots initiative. That is, the state, if possible, does not publish anything as a grassroots initiative, but instead the initiative appears a day later as if it originated from the state itself. 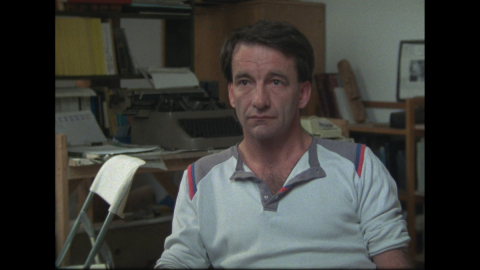 Szabolcs Bognár, domestic relations attorney and social policy expert, was born on 25 June 1947 and died on 23 June 1999 in Budapest. His father, István Bognár, was a mechanical engineer, his mother, Amália Tóth, a piano teacher. He had two brothers. He was married twice, from his first marriage he had two sons, and from 1986 he lived with his second wife, who had a daughter from her previous marriage and later they had two sons together.

He graduated from the Budapest Technical School of Civil Engineering in 1965 and qualified as a technical inspector in 1970. He became interested in law and social policy, was admitted to the Faculty of Law at Eötvös Loránd University (ELTE) in 1975, and in 1977 became a domestic relations attorney, working on guardianship cases. From the late 1970s onwards, he spoke out for children’s rights in a number of journals and on television, but also for children at risk and children who had been abandoned by their families. In 1984, after seven years of working in the field of guardianship and family protection, he became a family care lawyer at the Budapest Institute for Children and Youth Protection and a counsellor at the Terézváros Family Assistance Centre, where he dealt with the problems of alcohol addicts, prison inmates and homeless people.

He was one of the consultants and actors in the 1987 film Úgy érezte, szabadon élt… [He felt free…] directed by László Vitézy, which portrayed the problems of young drug addicts who became outcasts of the society, formerly being raised in state care. Accepting an invitation from the countryside, he moved with his family to Tiszabő in 1989. He and his wife undertook to organise and run a family and village help service, whose main activity was to alleviate poverty and the Roma-Hungarian conflict. In 1991, he returned to the capital and became head of the Social Policy Department of the Mayor’s Office, and later deputy director of the Social Centre and Institutions of Budapest.

As a lawyer, he was primarily concerned with family law, and several of his legal positions and opinions were incorporated into subsequent amendments to the Family Law Act and into the resolutions of the Constitutional Court. Towards the end of his life, he opened his own law firm, aiming to become a lawyer for the poor.