What is your role in the political and economic life of this district, this county? Are you the real boss?

Boss is a problematic term to use, especially in politics, where I think it is impossible to speak about a boss. The most important thing is that we should be able to integrate well those trends, we should create connections, which exist in the society, in the economy, in culture and this is what constitutes politics. This is our role.

What areas of social life in Hungary do you think the party should and should not control?

Actually, a governing party must know the entire governed area. Who controls it must have the appropriate organisations: state organizations, state power organizations, social organizations; in a given case, let’s say in a cultural movement, those clubs which deal with that given field.

I cannot accept the division of the Hungarian Socialist Workers’ Party, there is no such thing. The fact that there are lively debates in the party about how to find a better solution, about how to do business better, how to develop faster, how to limit certain unfavourable trends, is clear, but this is not a division in politics, it is search for a solution.

How do you deal with policy differences in a system, which has only one dominant party?

I would like to explain something. We always say that our party is the governing party, but not the ruling party. That is the essential difference in our interpretation. And the way we solve this is that there are many different political forces in our country today. Let us take this region between the Danube and the Tisza, in the middle of Hungary, we have a very prestigious Patriotic People’s Front movement, which can resolve many issues, and a strong trade union movement operates in the county, not to mention the cooperative farmers’ associations and many other political movements, not to mention the state power organisations, with which a division of labour can resolve these issues.

But the communist party is the party with all the real power in this country and what is interesting to people is, how do you resolve differences inside that party, what are the mechanisms, how do you actually decide that one group will win over another group, how does it happen?

It is natural that we do not deny this. This Hungarian Socialist Workers’ Party has assumed the responsibility of governing, with the burden of governing. I believe that the way to solve it is to bring its problems to society, to seek allies, to regularly recreate this alliance, as we say, this public agreement, because today we have it, tomorrow, with a more difficult, new task, this alliance may weaken or succumb. So it puts this openly before society, discusses it and seeks to create a new consensus. This unity, this public agreement, sometimes succeeds better, sometimes less, I repeat, but if the cause it represents is true and it is represented properly, then I believe that it can be resolved. Obviously, it is also very helpful for the party to examine its own work critically, to listen to all the opinions expressed not only within the party but also by other groups in society, and to listen with the confidence and trust those who express their opinion to advance the cause of the country, the Hungarian people.

How can you reconcile a socialist political philosophy with encouraging free enterprise? Are you encouraging capitalism to return to Hungary?

Well, we should only fear this if a country has no rule of law, but the rule of law, the constitutional state that set up its rules in such a way that it can impose appropriate limits, and as for the thesis, which is often quoted, that small-scale production, for example, gives birth to capitalism day by day. We must not forget that when this thesis was formulated, the economic order, the legal order and the property relations were quite different from those in Hungary today, so we are not afraid of this.

For twenty years now Hungary has been held as a model, inserted a model of economic reform, but now the reform has been in a terrible mess. Doesn’t that prove that either you’ve got to have a centrally planned system or a market system, you can’t have something in the middle?

Well, the first thing to start with is what reality is. When we believed otherwise, it was not the same. So there was still a flow of goods, there was still a market, there was still money and many other things in addition to planned economy, so we have to acknowledge that this is what we had. And in today’s situation, it is natural that we have to coordinate. We have to reconcile the possibilities, the actual reality and the ambitions. This was taken very seriously by the Hungarian economic governance in the 1960s and was first started in agriculture in the mid-1960s, and we made this change as of 1 January 1968, based on the very favourable experience in agriculture. We have learned many lessons along the way, we have tried to learn from others, we have paid the price, but I think the same opinion is shared by the Hungarian people, and perhaps by the world watching us, that we have moved forward. 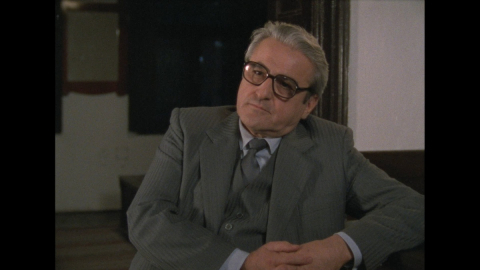 Pál Romány, former Minister of Agriculture and university professor, was born on 17 November 1929 in Szajol and died on 16 December 2019 in Budapest. He was the fifth child in his family, his father was a control car operator and his mother a housewife.  In 1957, he married Erzsébet Markó and they had one daughter.

He finished his primary education at the People’s School in Szajol, then continued his education at the Civil Boys' School in Szolnok. He graduated from the High School of Economics in Szolnok in 1948. As a young man, he became involved in the People’s Colleges Movement, and during his secondary school years, he was a member of the Lőrinc Mészáros People’s College in Szolnok. He graduated from the Hungarian University of Agricultural Sciences in 1952, after which he worked at the Ministry of State Farms and Forests for two years.

The General Assembly of the Food and Agriculture Organization of the United Nations (FAO) decided in 1979, on the proposal of Pál Romány, to designate 16 October as World Food Day. Two hundred papers, several university lecture notes and numerous books illustrate his major achievements in the scientific field.