Well, that’s because we got an apartment two years ago, after seven years of waiting, and we have eight, eight and a half thousand in mortgage and utility bills to pay, and my salary doesn’t cover it at all, and neither does my wife’s. So, if we put them together, we are left with about two thousand forints a month, which is not enough for the three of us to live on, and so I had to take on a second job.

How hard does he have to work?

Well, pretty hard, because you can say that I work almost 7 days a week, relaxation is minimal, so it’s five or six hours of sleep a day, the rest is work.

How difficult does he find to make ends meet financially?

Well, I find it very difficult, because I don’t know, we should change things somehow, maybe by paying people better in their full-time job so that they don’t have to take another job.

Why are things so expensive?

Well, apart from housing, which is expensive, living itself. So that the price of food is also constantly rising, it seems, that they’re going to raise the price of food. Then the price of children’s items is rising, too. So let’s say I don’t count clothing for myself, because I usually move around in one outfit throughout the year, but children’s clothes and livelihood, that’s what will be very expensive.

Does he really have no choice but to work all the hours he does?

Well, other than that, no. So either I work more, or I change my main job, well, I will go to sea and then I’m not at home, so I won’t take a penny from the family budget for nine months, so I don’t have to be taken care of for nine months a year. We might get on better that way, but then it would be at the expense of family life.

How does he feel after a week's work?

Well, I have to say, I don’t feel tired yet, but I know that my endurance will come to an end sooner or later.

How does he feel about the future?  Does he think that in the next few months or years it will be easier?

No, it’s getting harder and harder, so I have to work more and more, after which I think I might have to take sleep out of my life.

Does he get to see his wife and child very often?

Well, not often. So when the time comes that we get into another argument about why I’m not home, it takes me two days to get home because I’m doing my business, but then I have to go out again to earn money and then it starts all over again.

Is he very happy about the fact that he gets to see them so much frequently?

Well, I’d like to spend more time with them, but unfortunately the economic situation and livelihood doesn’t allow it.

Hi Maria. How does she feel about it, how tough does she think it is for them?

For me, I feel that sometimes it is very difficult and what is more, it is always difficult. I practically have to manage the whole family, so I have to think for the three of us.

I have endurance for a while, sometimes I get upset and quarrel with my husband and everything goes fine for two days, three days and then it starts all over again, as my husband has to work part time, too.

How much … how big of a problem it is for her?

What hopes does she have that the situation will get better?

I have a feeling that this situation will not get any better, at least not in the next two or three years.

Does she think she has much of a family life?

Of course, we are a family, after all, not only on paper but also in practice, but it would be much better to spend more time together, to go on trips and so on, but in the last year we have practically not had that.

Why don’t they get a cheaper flat and live a bit easier?

This is for George. How much do they have left over at the end of the week’s pay or the month’s pay?

Well, once we’ve paid everything, we’re left with about two thousand forints from our main job, our two main jobs, and we’re supposed to live on that for three people for a month, which unfortunately we can’t, so I have to go and work a second job.

Well, I think so. So, taking into account education and a lot of other things, we should have more. So I’m at about the middle of the national average in my main job. So medium, it doesn’t mean high or low, it means medium. It’s not a living standard if you have a family. If you are single, you can make a living.

George. Does he think he can survive twenty years in this kind of place of work?

Well, I don’t think that’s likely. I’m sure I won’t live to be as peaceful in my old age as my grandfather, who is now eighty-nine. So, as a result of this current rat-race, I won’t. So I was talking to a taxi driver and he says we are young. I say sure and in twenty years the graveyard will be full of us.

How typical does he feel, how typical is this situation?

Well, compared to others? I would say that there are a lot of people in this situation in the country today, and it’s usually people who started out with, well, a worse parental background, so they didn’t have any financial support or anything to start out in life, and they have the same fate as we do, that you have to push, you have to struggle for survival.

Why are so many people finding themselves in this situation? What’s the cause?

Well, let’s say you could go back a bit in the story here, but we’ll leave it at that. Okay? So, well, we’re at the age when we had a lot of children and we’re at the age now where we’re going to have a lot of children and it’s, we really have to work a lot and, I don’t know, I can always go back to the fact that there’s no parental background, so we started from nothing, from zero, and we can’t make up for that. So it’s an advantage for people of our age who start out with good parental backgrounds that we will never catch up with.

And from Maria. What does she think the reason behind, the cause behind the situation of these people?

I don’t know. I think I agree with my husband, because parental background, the right motivation, that makes a huge difference. I know a lot of families, well, not so many, who have come home from their honeymoon and received a key to a flat that we have waited seven years for here. So they started with an advantage that we couldn’t catch up with until after seven years.

And this catching up is also something that we have to take an extra thirty-five years to catch up. So I’ll have been retired for twelve years by the time I can say I’ve got a flat without mortgage, to do what I want with. I can’t do that at the moment, because the OTP /state bank/, who gave us the loans, they have a say in whether it’s mine or not. For example, if I don’t make a payment, I can be evicted the next day. So they have the big advantage of not starting from zero. We’re starting from zero and we’re always going to be at a disadvantage for the rest of our lives. So there will be a group with an advantage that we will never catch up with. 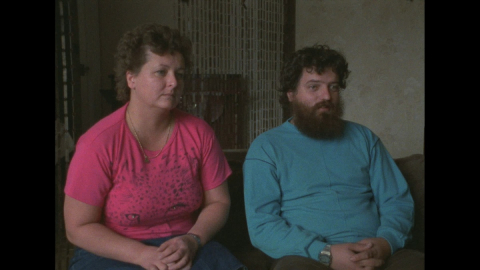