What is Fidesz trying to do?

What is it that the party’s youth organization doesn’t do, that you think you can do?

Who opposes you, your organization?

For example, the Party, and the KISZ, the Communist Youth Organization.

And why do they oppose you?

Because the party and the KISZ is also afraid very much of this organization, because this means another, a lot of organizations, political organizations can create in Hungary as large as the Fidesz, for example political parties.

What has happened to some members of Fidesz?

For example, they got some police warnings, and got some invitations to the police. And the policemen said to them, if they make some organization working, they will start a criminal, criminal prosecution, yes. And some days later the prosecutor also gave an invitation for these Fidesz members, and they prosecuted them as some criminals against the state, and the Fidesz members were not afraid of this.

What will happen if the courts rule that Fidesz isn’t a legal organization? What will you do?

What if the court says it is illegal then? What you think would have happen?

We stopped the organization, and if somebody wants to make…, they make a movement for example an illegal movement, but the Fidesz it’s a legal organization.

If it’s a legal organization why does the party wants to stop it and declare it illegal?

Because it is dangerous to the one-party system.

In what way is it dangerous?

Do you think that the party is really trying to become more democratic itself now?

What do you think Hungary needs basically if it’s to become a real democracy? What changes?

The human rights, this is now our basics in this.

And you don’t think the party protects the human rights adequately at the moment?

Do you think the party defends your human rights at the moment?

/not understanding completely the question/ Yes, yes, I think. They are afraid of the human rights very much. 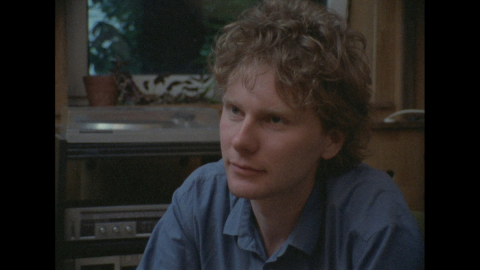 Gábor Fodor, lawyer, politician, former minister, was born on 27 September 1962 in Gyöngyös. His father Árpád Fodor worked as a judge and later as a lawyer, his mother Klára Révfalvi worked for the Gyöngyös City Council, retiring as a chief rapporteur in 1980. His brother Tamás is a civil engineer. He married twice and had two children with his second wife, Barbara Czeizel, special education teacher.

A founding member of Fidesz (Alliance of Young Democrats), he was a spokesman for the party from March to October 1988. In October 1988, he was elected a member of the party’s national executive committee, and in 1989 he participated in the Hungarian Round Table Talks on behalf of Fidesz. In 1990, he was elected to the National Assembly as Chairman of the Committee on Human Rights, Minorities and Religious Affairs. Between 1991 and 1993 he was a member of the Hungarian delegation to the Council of Europe.

In April 1993 he was elected vice-president of Fidesz, but on 3 November, after the conservative turn of Fidesz, he resigned from all his party positions, including his seat in the parliament. Subsequently, he stood for the SZDSZ (Alliance of Free Democrats) in a constituency in the 1994 parliamentary elections, and in 1998, 2002 and 2006 he won seats on the SZDSZ national list.

In the Horn government he was appointed Minister of Culture and Education on 15 July 1994. He resigned from his office on 1 January 1996. His writing, which he distributed in secondary schools during his time as minister, calling for acceptance and respect for homosexuality, caused a great controversy.

In January 2007, he announced his candidacy for the position of SZDSZ party leader, but was defeated by János Kóka. On 18 April 2007, the SZDSZ nominated Gábor Fodor as Minister of Environmental Protection and Water to replace Miklós Persányi, but he resigned from the government in April 2008, together with the other SZDSZ ministers.

He was elected President of the Alliance of Free Democrats at the party’s internal election of officials on 7 June 2008. Fodor was the president of the Liberal Party for almost a year, and during his term of office he fought a constant battle within the party with the opposition grouped around the leader János Kóka. After the SZDSZ’s heavy defeat in the 2009 European Parliament elections, he announced his resignation as party leader and less than a month later he resigned from his seat in the National Assembly.

On 27 April 2013, he founded a new party, the Hungarian Liberal Party, and won seats in the 2014 and 2018 parliamentary elections. On 27 August 2019, however, he resigned as party leader, justifying his departure by the need to form a new type of opposition cooperation.

He plans to resume his career as a university lecturer, meanwhile he established the Institute for the Study of the Change of Regime in Central Europe which started its activities in June 2021.