I got into state care in 1979 in the Pest County Child and Youth Welfare Institute at Pomáz. I was transferred to the Abony Children’s Home where I spent four years, from there I was transferred to foster parents and then I carried on my studies. Of those four years I spent in state care I had some nice experiences, but I had many unpleasant ones, too. I disagreed with many things that happened there, then well, there were different things among the teachers too, some of them encouraged homosexuality. I’ve had a case like this as well.

Could you tell us about it?

Yes. It happened with my P.E. teacher. He was my form master, I was in the 7th grade /i.e. he was 13 years old/ and I went to a swimming lesson and it happened there, he made advances to me. He promised me all sorts of benefits and whatever, so I finally gave in, I let myself. I have to say I had a lot of good things coming from this, well, various benefits, better marks and stuff. I was always the first who could go on excursions or to cultural events. But I had very bad experiences with my further education, because I simply could not carry on with my studies where I wanted to. I managed to go to study where I wanted to only two months later, I started school in October as a confectioner. 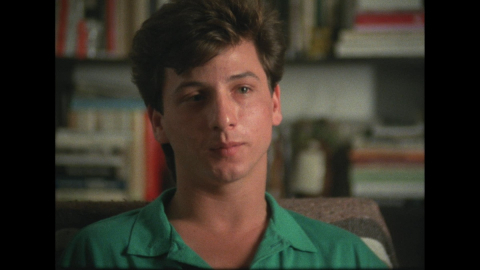