Who issues the bonds?

The Hungarian bonds are issued by the state-owned enterprises or, or cooperatives and the cities. Some Hungarian cities, the local council of the city should issue bonds.

Who buys the bonds?

Seventy percent of the people who buy bonds are private individuals, and thirty percent are enterprises.

Because the bonds are a very attractive form of saving. Their interest rate is higher than the average saving rate.

And what is the size of the bond market, relative to the Hungarian economy?

The bond market is very small in the Hungarian economy, so the average percent of the savings in Hungary is 5% from the salary, and only 1% is in bonds.

And how fast has the bond market been grown since it was the recreated?

It is growing very rapidly, very fast. In this year, the bond market was doubled. The turnover and issue was doubled in this year.

Could you explain not a bit more, but what…, why, why the bond market helps running economy more efficiently?

Yes. The enterprises for example, every Hungarian enterprise has the right today to go on the money market and the bond market. They can decide about bond issue free. They don’t need a permission from the minister of finance or from the bank they can go on the capital market. And if the enterprise is efficient and if the people think that this enterprise will be efficient in the future too, the enterprise can sell the bond and the people like to buy the bonds. So, this way only the best enterprise has possibility to get resources without the control of the state administration and the banks.

What is the effect on inefficient enterprises of the bond market?

They have…, they cannot go on the bond market, because for example our bank, the Budapest Bank, we don’t organise bond issue or we don’t underwrite bond issue for these enterprises which are not able for us to go on the market. Or the second way is that the people don’t buy the bond of the best…, of the worst enterprises.

Do you… why you recreated the bond market? Why not recreate share market?

We tried to recreate a share market, too. It exists, a small share market in Hungary today, too. But it’s limited, only the institutional investors have right to buy shares, the private individuals no. But in this year the government decided to recreate a small private securities market which are between the bond and the share. Every enterprise has the right to issue so called non-voting shares or preferred shares and they can sell these shares for the employees.

Is it rather difficult ideologically for many people, particularly in the party, to except the idea of the share as such?

Do people find it difficult to understand how markets work after not having them for forty years?

Are there other people who oppose this general trend towards market mechanisms in Hungary?

Yes, it’s a very, very difficult to say, because by my opinion there is not an open opposition. Every, if you, if you ask every Hungarian, they agree with the reform. But of course, there is a debate of how to make the reform, which, which way is the best to, to make the reform and so there is opposition with some concrete questions, for example, the bond market.

And what is the opposition saying about that?

And now is there anybody in Hungary who is saying this is return a capitalism, this is a beginning of return capitalism, and that’s a bad thing?

I think no. I think it’s not a question of the capitalism and the socialism. We decided to create a socialist bond market or socialist capital market. And by my opinion is a technical thing, and technically we need the system to, to make our economy ear…, the efficiency of our economy higher. And if the people understand that it’s not a political thing it’s only a technical thing, it’s a financial…, financial thing. We go…, we can go on the green light.

Why is the bond market needed here?

So we need the bond market to promote creating an efficient economy and to help the better allocation of the capital and the Hungarian economy. Because if the market, if the capital market helps to allocate the capital it is always better for us when the state administration allocates the capital.

Better than the centrally-planned system?

It’s…, yes and it could be more efficient than the planning system.

In the past has there been any ideological opposition to shares, on the idea of shares? Could you explain?

But are some people actually opposed really in their heart to ideological grounds? 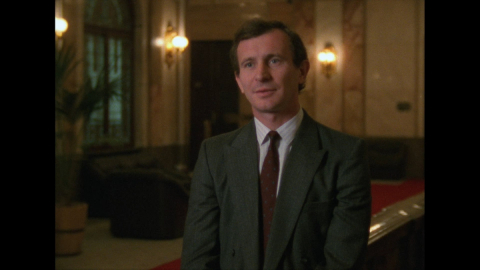 Zsigmond Járai, economist, banker, Minister of Finance, former Governor of the Hungarian National Bank of Hungary, was born in Biharkeresztes on 29 December 1951. His father, Antal Járai, was the founder and manager of a local timber and construction cooperative, and his mother was the accountant of the same cooperative. He has one brother who is a university professor with a degree in mathematics. He is married Mariann Kiss and they have two children, a daughter and a son.

His first job was at the State Development Bank, mainly dealing with the financial aspects of large public investments, he was a lecturer, an auditor, and worked his way up the career ladder. In 1977, he took a two-year break from the field of banking to work as an economist in a six-member team at the Water Resources Management Institute, where he developed a long-term economic development and water investment plan for Mongolia. On his return home, he continued at the State Development Bank, helping to set up the then evolving bond market and stock exchange. In 1987, when the two-tier banking system was established and the bond market department of the State Development Bank was transferred to Budapest Bank, Járai worked first in the securities bureau and then was appointed deputy managing director. From 1989 to 1990, he served as deputy minister in the Ministry of Finance, where he was responsible for the supervision and regulation of the then emerging banking system and stock exchange.

In September 1990, he moved to London to work for James Capel and Co, one of the most prestigious British stock exchange firms. In the heart of the European financial market, he was primarily involved in the international issuance and trading of Hungarian, Polish and Czech equities, and two years later he became director for Eastern Europe in the Budapest office. In 1995, he applied for and won the position of CEO of Hungarian Credit Bank, where one of his main tasks was to prepare the bank for privatisation. As a result of this successful process, the bank was bought out by ABN Amro Bank, where he also became CEO and then Chairman. During this period, he was also Chairman of the Budapest Stock Exchange. In 1998, he became Minister of Finance in the Orbán government, and after occupying this position, he was shocked to find that only a fraction of his activities required professional work, the rest being taken up by politics.

On 10 April 2001, he was appointed President of the Hungarian National Bank, and under his presidency Hungarian monetary policy was put on a new footing, inflation fell and the forint became fully convertible after seventy years. His term as the head of the central bank ended in 2007, but in the same year, together with wealthy Hungarian private investors and several well-known figures from the political and economic elite, he founded a life insurance company called CIG.

In 2010, he returned to the Hungarian National Bank, this time appointed by the government as chairman of the Hungarian National Bank's Supervisory Committee. In 2019, he was elected as a member of the board of directors of Opus Global, a joint-stock company linked to the Mészáros family, a mandate that lasted until the end of April 2021. In 2019, the Prime Minister entrusted him with the development of Csángó-Hungarian cooperation, and he will perform his duties as the Prime Minister's Commissioner.