Tell me why you came to this country?

I was history teacher back at home and I tried to explain the events of 1956 to my students in accordance with the truth more or less; and as a result I had problems with the school principal.

Subsequently, the day after the lecture I was summoned to the police station, where my teaching position was suspended and the party and state officials reprimanded me. This set me on the journey to leave my country, and also, my wife was a teacher too, and similar steps were taken against her, so these together led me to flee.

I think we will try Hungarian actually…

Can you tell me why are you in this camp; why you left Hungary?

Together with my friend, who is also here at the camp, we ran a political club and also organizing its events. Within the framework of the club we discussed several existing political issues, actualities such as the Soviet repression in Hungary today, the presence of Soviet soldiers. We were discontented with Soviet politics, which actually suppressed Hungarian development, Hungarian politics, and were disappointed in our leaders as well. And after we spoke about these topics in our programs I had several problems with the police, I was also called in sometimes until I finally got a summons to show up with my passport within four days, but instead, having on me my valid passport, I got on the train the next day and left Hungary. 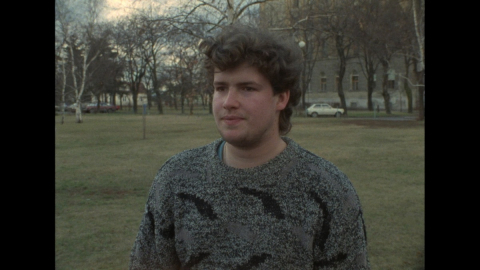