I’ll ask right away, how many hours do you work daily?

I work 8 hours, with a 15 minute break included.

And how much do you earn?

Well, the monthly average is around 32k, that’s very little money. It barely… My wife doesn’t work, so all the money is essentially spent on basic necessities. Buying anything else is out of the question.

Now, I think that the unions don’t do much. Because that’s what I see in my workplace, there is no sign of activity of trade unions, because only… Of course, they put up various protests against price increases, which is of course justified, but you cannot see anything done in practice. Workers don’t experience any improvement due to the activity of trade unions.

Is there any contact? Representatives come to visit you?

No, not at all. There is no contact at all, I don’t even know anyone in this union.

They don’t come for…?

They don’t come. There is no one at all.

But they claim to have a huge quantity of members, 10 million throughout the country. Is this possible? Is it true?

Well, I can’t say for sure if it’s true or not. I only know that in these unions… As far as I know, a lot of retirees are members. I know one person, for example, who is about 80 years old and has joined trade unions.

Do people attend the meetings of these unions? Do they happen in your workplace?

Surely, they must happen somewhere, but I don’t see any notices about meetings on site. I don’t hear about them at all.

How do you compare it with the previous trade unions from the Solidarity era? How does it…?

With previous trade unions, you could see that people belonged. There were meetings, important decisions were made by the majority, general staff meetings, that is, in individual factories. In every division, there was a trade unions representative, who was also part of the company committee. Every week there were meetings of the company committee, during which you could raise the issues that troubled the staff.

You could see that Solidarity was doing something, right?

You could see it, you could.

So it was better, yes? Have you ever been a member of the party?

Could you describe how you joined the party? How exactly?

I joined the party, because… Well, I was persuaded to join the party. Besides, previously, at the beginning… I mean, when Gierek came to power, it seemed to me that there was some support for Gierek. It seemed that he could, that he could change something. And more less in that year, in those years, I joined the party, but was later disappointed. And when Solidarity came, I gave up my party membership card.

Because I think that they deceived me.

And Solidarity did not deceive?

Why do you think it has degraded? That Solidarity has been destroyed.

Why… It’s hard to say. Perhaps Solidarity wanted too much, too fast. Maybe there was too much politics? Maybe.

Nowadays, people say that Poland is a proletarian dictatorship; that workers rule this country. What do you say?

Nowadays, well… I have no opinion on this matter, but I know… I don’t know, because I don’t attend meetings, I’m not a party member, I don’t know how these demands are being met. But in previous years, I’m sure that wasn’t the case, because this crisis would not happen.

I don’t feel that I have any influence on the rule of Poland.

Could you briefly explain how life is in Poland?

For an average family, like mine, living is very hard. Not that life is hard, I just think that we vegetate.

Because I have no… Any near future... Work harder, more, and it will be better. Except I don’t believe it.

Why don’t you believe it?

Because of sad experiences from previous years.

You have already lost hope, yes? 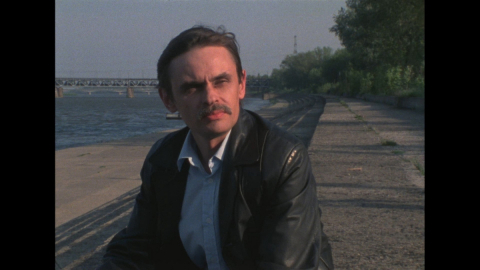