Indeed, self-government was established in 1980-1981, the idea behind it, for it to become the driving force of the economy and the motor that will move the reform forward. The reality is as it is today, which means that the self-government is still in favour of reform, but also, at all times, the government declares its willingness to reform the economy. In practice, we are working on this matter only partially. Partly, after six years still, we are fighting for our rights to be fully respected. There are forces in this country, especially among the governing bodies, who try to sideline self-governments. It seems to me that the introduction of certain laws, or amendments to these laws, which restrict self-governance, substantially impact the efforts of self-government and undermine its reputation. A part of its power is being redirected in a direction, for which self-government was never intended.

Why are rights of self-governments being restricted? By who?

I think that in this system, certain conservative forces, accustomed to the command-and-quota system, which was in place here, have not reconciled yet with the fact that certain competencies and certain powers are now shared. This is actually tearing a piece of power away from the government and sharing it with the society, in the broadest sense possible.

Let’s proceed to the second question. This is a car plant, cars… There is a huge demand, a large market, which could take any amount. Why FSO does not manufacture more cars?

Aside from the fact that FSO has the production capacity to increase production in the main factory, there is also the resource barrier. Even now, we have to fight over certain materials. We are not on the main distribution lists. We do not have the so-called priority, which would command the relevant industries to dispense us… to give us those materials. Besides, there is also a financial barrier. We do not have enough foreign currency left to import all the necessary materials from the free currency exchange zone. Therefore, there are two restrictions: one is the resources barrier in the country; another is the amount of foreign currency that we have left after the required deductions and sharing with the state, so that we can purchase these resources from the free currency exchange zone.

Could the factory do it, if it wanted to? Does it have the capacity?

What stands in the way of using the foreign currency you acquired to increase production?

The system of foreign currency write-offs, which currently exists in our country, allows us to keep only a certain percentage. This percentage is determined by the state. It varies depending on the industry, on the enterprise. Put simply, the state divides this money into one part for us and another for themselves, in order to reserve the money for other consumers, for whom foreign currency is indispensable, for medicine, for example, and they could never acquire it from export.

This means that FSO is not self-financed and is not really independent.

It is, but to a degree. As much as it is legally possible. 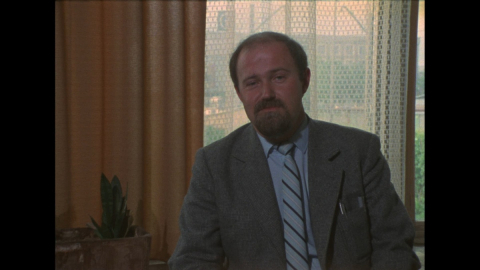