Is privatisation one of the possible forms of this emancipation of civil society from the grip of the party?

Yes, it means that if you get your own company and you get a lot of money, then you in a sense become independent. Of course not totally. And that is an interesting problem because you don't... You are still dependent in growing on the state or on the police or even secret police, so you must behave in a sense. And that is a problem how far you can go owning your own private company politically, how can you, how far you can get engaged and so on? Not to make them make a move against you, by police or by financial services. So on, fiscal services, but still, if you have a lot of money, then you become independent. When some group of people creates a company or something, they become independent. And it the present situation in the present state of Polish economy state must be very cautious. And if it wants to stop such an independence because it desperately needs anybody who can do something, produce something, produce anything practically. So I think it is important, although in a communist state, it never can be the main way. You cannot privatize as big things like Nova Huta or Huta Katowice or things like that. It is just unimaginable. And then nobody would buy them because they are just simply bringing enormous deficits. So that must be crazy. But still, this way, it's one of the most important now, not only in economy. I would say a kind of... we want at least to launch a campaign of making your own life, taking your own life in your own hands, which means privatisation of the state owned all bookseller shops are state owned in Poland. Why not change that into the privately owned bookseller shops? They would be much better, much cheaper and so on and so to.

But they would still be selling state books.

State books, but then you can make a choice. You can buy books published by this editor and not buy books published by another editor, buy these books and not buy that books. And that would mean that some books circulate because they are good, others don't, and so on. It would also be a privatisation this thing about theatre and whole culture, but it not. It doesn't concern only culture. It also concerns schools. I'm very much for small private schools for beginning children. My daughter actually is going to the school this year, and there is a possibility that she'll have to go either at 7:00 in the morning at 12 or five in the afternoon because the school is so full up. So I've proposed to parents around here that we create a private school for 10 children. We pay a amount which is not very big, but I don't want her to go at seven o'clock in the morning. That would be also privatization in this sense.

How far do you think that this pressure, this principle of privatization can roll back?

I think quite far. If they accept church also, because church wants to do a lot in the job of all social security, houses for grown, for old people and so on, which are in the awful state now in Poland. And if they accept associations because you cannot do all of those things alone, if you create association for better education of small children, for example, then we can do it together. Me alone, I cannot do that. So if they accept that, are they ready to accept that? I would say - half. They already because of the real pressures and they are also afraid of that?

Why is this retreat of the party in Poland possible? Is Poland an exception or is this the future of the whole Soviet bloc?

You know, I don't know about the future, but I would say Poland is kind of an exception because of two reasons. First of all - Solidarity. Solidarity created an amount of publicly minded people that never existed in any other socialist countries since at least 30 years. The older traditions were lost, and but now in Poland, I don't I wouldn't say everybody, but every educated man that is younger than 50 has somehow had something to do with Solidarity. And that means that they are publicly [inaudible]. That is one. The second thing is that party has no positive proposition, Having no positive proposition it means that they are in a sense, totally passive and only not passive idea is economy, how to change the economy. So if you do something for the economy, it's quite difficult to say that you are against the regime. That has created a very strange situation in which party is not perhaps in retreat, but... has to accept some social or even opposition propositions from the opposition. And for example, just recently, party has announced a programme of economic reforms and then Solidarity announced the programme of economic reforms. If you compare them, they are really 90 percent the same because what else can be done in a specific situation? There are only these things that can be done. To do them that is really a problem, and the retreat of the party is a very different thing from the retreat of the people of the party, and that probably would be the main problem in the future. How far all informal connections of party people with managers of big enterprises or with people who are doing changes on the private, on the opposition side or on the official side, how strong this influence of this informal mafia kind of party important is going to be. And that would be a very difficult thing to change.

So I would say Poland is exception because of two things, because of Solidarity and because of misery. They both somehow accidentally, in a sense, connect now to create this strange situation in which quite a lot is possible. And there are is a new generation of people. 15 years ago, for example, I didn't know anybody who had a private enterprise. Now I know at least 15 people, because in this kind of milieu, let's say, intellectual or intelligentsia milieu. It was suppose not to be fashionable to have a private enterprise. Now it is fashionable to gain money, which is an enormous change after, and that is the third factor, after Solidarity, after misery, I would say also a kind of liberal Western influences. So many people traveled abroad and have seen that abroad it is quite a normal thing to gain money as much as you can. So now they try to do the same thing. This perhaps often superficial, but Westernisation is also an important factor. People don't want anymore to be dependent on somebody. They even prefer to be independent and have less money, which is not very often. Not to be salaried, but be dependent. 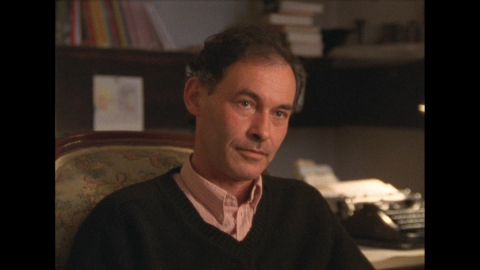