The European Solidarity Center introduced the project The Other Europe at a hybrid conference held in Gdansk. The programme focused on the historical value of the project and on the value of solidarity and international cooperation in the struggle for preserving freedom and democracy. The audience had the unique opportunity to listen to former interviewees of The Other Europe documentary: Messers Lech Walesa, the former president of Poland, and Bogdan Lis. Other prominent speakers joined the panel discussions: philosopher Leszek Kolakowski, Basil Kerski, the director of European Solidarity Centre and Solidarity hero, and professor Jacques Rupnik from Sciences Po, Paris. Discussions were moderated by Anna Maria Mydlarska, a documentary film director and project leader in Poland. The conference attracted over 80 participants live and more than 1,400 participants online. 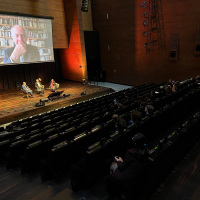 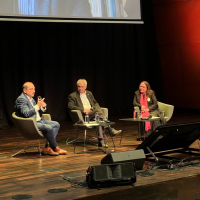 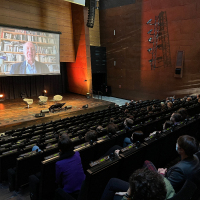