Did central planning ever work?

No, I do not think central planning did ever worked to the full expectation even in the earliest stages of the economic growth.  The countries that opted for the central planning could do better with the more market oriented system.

So even at the very beginning?

No, I don’t think so. The central planning overburdens underdeveloped economy because it requires a lot of bureaucracy. So perhaps even it is less suited from this point of view to a less developed economy than it is suited to the more developed economy. So at every stage it is not a perfect solution.

What is the basic thing that is wrong with the central planning?

There is a couple of them… There is a couple of things which are wrong with a central planning, central directive planning. One is that it cannot harmonise the economy because there is a shortage of information available to the central planners. And that’s why there is a lot of shortages.  Secondly central planning monopolies, extreme monopolies, as it is well known, involve inefficiency, extreme inefficiency. So at least these two points which are responsible for the poor performance of the central directive planning.

Is there also a problem that the information system is not working?

So it is in their interest to reduce to present their possibilities as being lower than the true possibilities.

How does the party continue to interact within the economy here in Poland?

I think, the Party interacts with economy in various way. Perhaps less formally than before, but still it is the force in the economy. First of all as far as nominating and firing of managers is concerned. Here officially there is a competition as a system within which everybody can apply to become a director or has to pass certain tests, but the Party intervenes at the early stage by a kind of an unwritten law which says that everybody, every candidate has to have the Party recommendation. And the Party can also of course intervene through the state bodies. The distinction between the Party and the state administration in this kind of the economic system is something artificial because the Party is the state, or the Party is the part of the state.

Are there real reforms now going on in the Communist Europe?

Now I think, some countries are heading in this direction like for example Hungary but in my view they did not pass the required threshold of changes which is pretty high. This is to say, a lot of changes in the economic system should be done at the same time and that is why it is politically difficult.

Why is it politically difficult?

Because you have to change, basically, one has to reduce the power of the Party and state administration. And every reduction of power… and what is important, this necessary reduction of power is extensive. It does not mean a minor modification. And how to compel or induce the ruler to renounce a good part of its power is a problem.

Would there also be the same resistance from people in the society to accept reforms?

What in your view is really necessary for real economic reform?

At least four points, for the traditional system has four basic features: First is command planning:  telling people, telling enterprises what to do. Second there is an extremely monopolised, multi-level system of organisation. Third their competence is to form and dissolve enterprises that are monopolised at the top. The fourth there is massive redistribution of profit among enterprises through various quasi-financial institutions which are called banks but they are not banks in the true sense of this word. In my view an economic reform that has a chance to produce, to increase efficiency, has to abolish these four elements, to replace them by more market oriented mechanism.

Can I ask you what do you think would be the outcome of real economic reform? Would there be social disorder at most?

Very difficult to say because the situation may differ from country to country. Do you mean Poland?

In Poland what is the state of housing?

It is desperate. I think there is a dramatic situation here. About 50% of young couples do not have their own apartment. And the gap between the number of people demanding a new apartment and a number of the apartments built is growing in recent years.

The situation is due first of all to the neglect of national construction. Very serious mistakes made in the seventies. The mistakes being: the choice of an improper technology consisting of building houses out of prefabricated huge concrete blocks. This technology turned out to be extremely expensive. Another mistake was not to prepare the land, the ground for housing, which was clear planning mistake. Something that should be avoided under the central planning. And also there was limitation and partial destruction of private sector in building industries. So the combination of these and other factors limited the possibilities to build new apartments. In the conditions, under the conditions when the number of young people wanting a new apartment, needing a new apartment is growing.

What is the quality of the apartments, are people happy?

There is a lot of complaints, justified complains about the quality of the apartments.

Although people who were waiting for many years to get an apartment are happy to get any apartment at all.

What is wrong with the apartments?

Perhaps a basic problem probably is the size of the apartments. For many people they are too small. There is a shortage of the apartments, bigger apartments. So after getting a new apartment you have usually to do a lot of repairs on your own using specialist. The finishing is not properly done.

After martial law there were some economic reforms promised but what was not done, what did not happen, there were no cut back on the bureaucracy or nomenclature. How would you explain that?

Because the balance of forces has changed to the advantage of bureaucracy. Social pressure in the form of Solidarity or other organisations has disappeared and bureaucracy has found itself in charge of economic reform. The second reason is that the economic reform was not radical enough. Did not create enough room for the market mechanism. That is why there is no need for bureaucracy to replace the market, to intervene, in various parts of the economy. So I think it is basically these two reasons.

On the housebuilding front is there a shortage of houses due to the fact that housebuilding firms are not making any profit, are largely unprofitable?

Not at all, it is a kind of paradox that shortage of housing and the good profit of average house building firms go hand in hand. It is due to the fact that those firms are monopolists so they can charge very high prices for their services such as to cover their expenses despite the fact that there is a decline in the number of houses and apartments being built.

Would not they make more money if they were building even more houses for the higher price?

Why should they bother? There is also a question of effort and also who would profit by building? It is not just organisations but people, concrete people. Are there any people who would profit from building more houses? I do not think so.

Of course, but they are not those people who are in charge of building houses or making decisions.

After martial law where the support for the party come from?

Not at all. On average they are very profitable because they can charge the higher and higher prices to cover ever growing costs. This is due to the couple of factors. First being the fact that they are the monopolists. So they have no competition. They can achieve their financial objective by charging higher prices. In some cases they cannot increase the production even if they wanted to, because they are constrained by the shortage of building materials, so it is a kind of vicious circle. 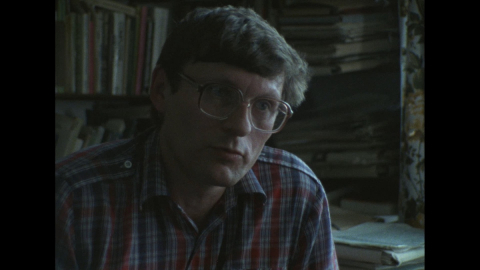 Leszek Henryk Balcerowicz (born 19 January 1947) - Polish politician, professor of economy and lecturer. He was one of Solidarity economic experts.  In free Poland: Deputy Prime Minister and Minister of Finances in the government of Tadeusz Mazowiecki (1989-1991), Jan Krzysztof Bielecki (1991), Jerzy Buzek (1997-2000), Member of Parliament (1997-2000), Chairman of Polish National Bank (2001-2007), second president of Freedom Union (1995-2000). As a Minister of Finances he created a plan of transition from planned socialist economy to market economy, called Balcerowicz’s plan that was later imitated by other post-communist countries. Polish economy and transition has been generally considered a success. He was awarded many prizes and honors.