One of the main purposes of the supposed reforms of central planning is to make managers and factories more independent, more autonomous. How successful is this these changes being?

Our economic reform claims that enterprises are independent and they are in legal sense. But this is the freedom which may be compared to freedom of an unemployed chap somewhere that he is free to live under the bridge. If there are so much dependent on monopolist suppliers, if they are dependent on the bank, which is not commercial but government run institution, his managers or its enterprises, liberty becomes illusionary. I think, and this is what many managers I talk to confirm, they would be really independent if they had the currency. They can buy everything. So far it is very, very distant dream.

Why is that? Exactly.

All suppliers, due to traditional structure of our centrally design and planned economy, most of the suppliers are monopolist. We have two or three big steel mills. We have couple of factories which are sole manufacturers of this or that. Since Poland has more assembly potential than supply potential. We usually joke that we attempt to, out of nine screws, assemble 10 bicycles. Such bicycles do not run, and those enterprises, which are dependent on supply, do not run too. So managers must use many tricks to try to make their suppliers mutually dependent on them. No money - rather connections, favours, some hard currency, which may be used by exporters is involved in those tricks. It is a game, but not purely economic game.

Is there any real self-management here in Poland?

Uh, the idea of self-management was welcomed as the way out of our economic crisis. Yet I think more and more people working in self-management, understands that you can have self-management when you have market economy. When the decision to be taken by self-management is clear enough. If we spend that much money this year, we may expect so much next year. But because almost every factory in Poland is dependent, not so much on money, but on some polyethylene here, some screws there, some energy and all those things are limited and regulated by either central planner or general shortage or both. Self-management, willing or not, must accept what it hears from the manager. And he usually says, gentlemen, if we undertake this production, which is less profitable for our factory, but will please Minister B, then we may expect that we will get more railway cars to transport our product or more supply of natural gas, which will be cut off during the winter because of short supply.

May I ask you now more personal question?

What was your own personal reaction to the imposition of martial law in Poland?

To put the long story short. On the one hand, if I may realize myself in the shoes of the government, I thought it was inevitable. Otherwise growing discontent and disappointment to all forms of socialism we have experienced so far would smash the system and might eventually result in much worse consequences. On the other hand, I myself I thought - no, I was too long with the winners and after so many crises Poland is a record breaker in socialist camp in the number of those [inaudible] probably because the point of boiling is lower here. And I thought after all those '56 and '68 and '70 and '76 and '80, I think '81 was the last point, let younger colleagues who have not been so much experienced, uh, continue. I said political journalism is not for me anymore.

I was pleasantly disappointed that after the martial law, we actually have had more liberty than in the 70s, let alone 60s. One couldn't foresee that during, actually when tanks were on the streets and TV speakers were in military uniforms. But I do not resent my decision. I think I read papers with interest. I think younger colleagues are luckier that they can be more critical of... can contribute to the circulation of ideas. Yet I think there is certain moral, moral, political standard which a journalist should observe and I'm faithful to that.

What would you say with the real causes of all the post-war revolts that occurred in Central Europe since?

Hmm. Some people jokingly say that the cycle of revolts in Poland has to do with the cycle of pig raising, not getting into the tails, it has to do with shortage of meat and the meat is not simply a meal in Poland, it is a very political notion of nation, nation's well-being. Shortly, political errors committed by the power, which is not elected, lead to economic consequences. People who are not very much involved in politics feel that prices go up. Their wages do not follow that more and more things are in short supply, that the beef you have on your lunch is getting smaller and smaller. And then at one point or another, it comes to revolt. That was basically the scenario of all major revolts in Poland. And then after the breakthrough, you have the authorities promising and doing something to improve the situation. Then they guarantee that the errors committed by the predecessors will be never repeated because we are wiser. Yet since the system is not basically changed sooner or later, those mistakes are committed again.

Do you think the Communist Party leaderships have learned their lesson? Are they now trying to adopt policies that will stop the revolts occurring in the future?

As a citizen, I wish that was true. Uh, but I don't think it is possible. I think our present government and general Jaruzelski attempt by all possible means to avoid conflict. Yet people who cannot shape the policy, kind of psychologically tend to demand more and more money, the more that the conditions of life are hard here. And the government either has to print more money to satisfy those demands or to say no and to provoke conflicts. And I am afraid that sooner or later in one form or another, the conflict is inevitable.

What did you do when martial law was imposed?

After 23 years working with Polityka which is equivalent of The Economist in Poland, I decided to leave political journalism and now I work with a small publication dealing with management.

Why did you decide to leave Polityka?

I thought - so many crises I have been with the winners is enough. When conflicts in my country, in this system reached such a stage when tanks and the military were necessary to, as it was officially put, defend the independence of the nation, then I thought, let the independence be defended not with my hands, my voice, my pen. 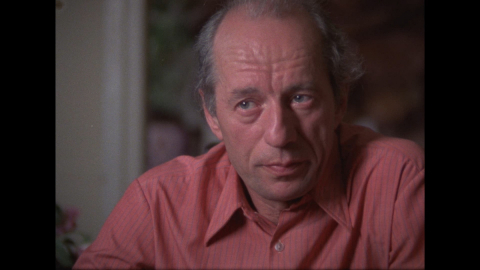 Andrzej Wróblewski (born July 26, 1922 - died March 20, 2002) - Polish journalist, linguist, publicist, popularizer of knowledge about the Polish language. During World War II he was an underground activist, fought in Home Army units and was seriously wounded. He was mainly associated with "Życie Warszawy" ("Life of Warsaw"), a regular contributor to radio and television, and many cultural and social magazines. In 1992-1997 he cooperated with "Gazeta Wyborcza".